Fernandes Arung was born in Military families at P. Maniang 1981. He completed his primary school education in 1993, Junior Secondary School in 1996, and in 1999 high schools at SMA Negeri I Bau-Bau. He was the 2002 graduation of Foreign Language Education in the Academy of - Atma Jaya Makassar and completed a degree in STIE-STKIP-YPUP Makassar in 2005 and received a Bachelor of English Education. Since 2006, he began actively teaching in high schools, colleges and Universities today. Since teaching at the high school, he has compiled a textbook for high school Foreign Language program (English) currently used in SMA Negeri I Kolaka. Besides, he also has written a book called The Secrect to Government Restoration. 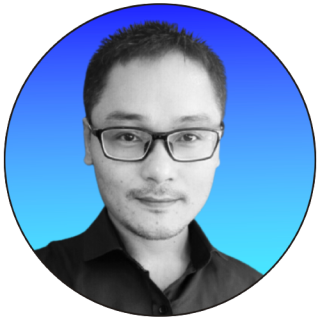 Fernandes is an Indonesian lecturer and researcher who has dedicated his life to education. His influences on the education thoughts making him more confident to improve Indonesian education. He is active in writing and researching and some books and journals were published.

What Date Is Today?

In this life, people tend to consciously or unconsciously seek the ultimate truth. The process of finding is based on human ignorance about whom and what human beings are in the world. There have been many ways in which the human being does in terms of looking for the truth to be understood. Some people have found what he regarded as the truth, some also have found it but still vague, and some did not find it at all. But in reality, they are all still just looking and looking for what he regards as the ultimate truth.
In this truth-seeking process, humans do it in three common ways, namely through Science, Philosophy, and Religion. When a man seeks truth in a scientific way – research, empiric, and experiment, structural, and pragmatic means that humans search for truth by means of science. When people seek the truth through life, experience of life in which humans wandering his intellect or mind or logic radically or rooted and integrally and universally and then mixed with the knowledge and the results are considered wise, beautiful and can be seen as a general truth and accepted then it means that human seeks the truth by way of philosophizing. Further, when people search for the truth by understanding the scriptures and is usually confirmed intuitively by revelation then it means that people are looking for truth through religion. Contrary to what is considered as scientific truth, wise, beautiful, and based on the revelation, sometimes there are some people who just seek the other truth for himself regarded as the truth, this is called as the truth of man. However, any attempt to seek the self truth or attempt to justify itself bound by the general public, are still regarded as untruth and unaesthetic in life with respect to social attitudes in interaction and mutual respect. If we look at the cases that occurred in recent years, there are so many inter-religious misunderstandings happened simply because it is caused by a misunderstanding of the religious perceptions.
In connection with the above cases, the question naturally arises as why this happened and how humans interpret the truth in general and individually without having to control the norm regardless of the community. Cases like this occurred because people do not understand what the meaning and the status of Philosophy are. In the philosophy of religion book written by Dr. H Rosdjidi, stated that a Philosophy is to think, according to William Temple Philosophy is to require knowledge to understand. Accordingly, the writer tries to explain what philosophy is, who can philosophize, why philosophy is important, how should we philosophize, when and where we should philosophize. The sixth scientific questions will be associated with a religious context, so, no more stray insights from philosophy and religion corridor itself.
Before discussing more about what the status of Philosophy are in the Register of Religion, then there is nothing better if we firstly understand what the meaning of Philosophy and Religion etymologically are.

Etymology and Meaning of Philosophy

The philosophy derives from the Greek , φιλοσοφία (philosophia) philo-“loving” + sophia “knowledge, wisdom,” from Sophi “wise, educated.”, Which literally means “love of wisdom”.
Some definitions of Philosophy:

American Heritage ® Dictionary of the English Language, said that philosophy are:

Collins English Dictionary – Complete and Unabridged, describes the philosophy as:

From several explanations of philosophy above, I may conclude that Philosophy is a discipline or science of studying and reviewing all matters of a general nature and specific reference to the principle or concept of the premise of everything that has not been being, is being, and there will be being that leads to a more noble purpose and wise and contains values that is convinced as a truth.

Etymology and Meaning of Religion

Here is wisdom. He that has understanding let him count the number of the beast: for it is a man’s number; and its number is six hundred and sixty-six. (Rev 13:18)

These phrases would be confusing and if they are interpreted (hermeneutics) incorrectly it will cause misunderstanding and confusion. This is where the position or function of the Philosophy plays at least.

In terms of figuring out the principles of the phenomenal reality of the world, people need to understand the philosophy that even though in the Science of Religion has provided the answer just is not detail and still vague in human understanding. In the Philosophy, a Greek philosopher named Herakleitos, argues that there is no any else in this world that the substance is pure, everything is always ‘looking into’, meaning that no one remains in the language of philosophy called ‘panta rhei’. He also said that everything is always in the process of becoming and changing. In principle of changes, Herakleitos assume that in the order of the universe (cosmos) that is a central principle of change is not on the reality of material objects but the cosmic order in which there is a human world where in the human world the ability to communicate verbally are in a central position. This Herakleitos’ opinion approaches the absolute truth with philosophizing. He said that in this world no one has the substance is Pure and absolute. It is true that everything in this world nothing is eternal and remains. However, in the Science of Religion answered that everything in the world is neither eternal nor immortal but only one can remain forever is His Word. Philosophy of Herakleitos’ certainly not wrong but it brings us closer to an understanding of the absolute truth. Philosophy here clearly has an important position in the Register of Religion.

The Status of Philosophy is very important in the Register of Religion. Philosophy poses the questions that cannot be answered by Science as well as provide answers approaching the absolute truth in the Theology. Two studies at the heart of Philosophy are helpful to provide insights with respect to the Register of Religion. The study of Semiotics Philosophy unmasked through the interpretation of signs or symbols and still touch to fit into the context of understanding of the Register of Religion. The study of Hermeneutics Philosophy becomes a tool of translators between humans and words, phrases, sentences, paragraphs, and discourses and language expressions that are in the Register of Religion.
Not a single one is perfect until the time he is completed. Therefore, the author realizes that of course there are many deficits seen in this paper and need repairing of composition of standard paper writing, structure and grammar, proper use of the word because it might lack adequate vocabulary in the author’s repertoire, and philosophically also needed improvement. In short, the author takes the criticism and suggestions of the dear readers that can be used as a solid foundation in the making of further papers.